This post was originally published for Indie Band Guru.

Texas isn’t typically the place you picture a pop-punk band developing out of. Yet, Waterparks are one of the biggest rising names out there right now in the genre. Everyone who knows about their music is absolutely obsessed with it — including me.

Since signing with Equal Vision Records and joining the MDDN co. team in early 2016, Waterparks have been on the road nonstop. Now on their biggest tour to date, the Made In America Tour, hits 24 cities in a month with support from Sleep On It, Chapel, and As It Is.

Though tickets announced that doors for Saint Andrews Hall opened at 5:30, on this rather unseasonably warm yet pointedly still cold November night the venue didn’t start letting in the two-block line in until 6:00 pm. Fans came unprepared for the extra 30-minute wait, wearing t-shirts, shorts, and tights, or lightweight flannels that didn’t protect them from the chilling wind.

With a line crossing through the venue for fans to purchase merchandise, the crowd — a mix of mainly high schoolers, their parents, and 20-somethings — stood around listening to the muffled music playing over the large speakers and chatting with friends.

Minutes before 6:30 hit, members of Sleep On It finished setting up the last few things on stage causing a few girls to scream out of excitement. Though they’re a small band from Chicago, their fans were something to watch in Detroit this past Friday, November 24.

Armed with their latest album Overexposed, the band had the crowd going nuts for the entire duration of their set. There were a handful of people in the crowd that knew every word of every song. A girl with pink hair was hard to miss in the center of the crowd, jumping up and down and screaming along. Then there was an older guy tucked into the back of the crowd swaying along, throwing in a few headbangs and singing along.

After their set, the Sleep On It boys stayed to tear down their equipment faster than I’ve seen any other set change happen at a four-band-line-up show. The entire night was like this, with the quick setup after quick tear down.

The second band to take the stage was Chapel. Their sound was different than every other band in the line-up for the night. More pop than the other three but, set with a rock edge, they pulled the crowd into their sound straight away.

Keeping the crowd dancing the entire set, Carter Hardin asked the crowd how many people in the crowd actually know their music. Only a handful of hands shot up coupled with shouts. He then proceeded to remind the fans to check out their merch and purchase their latest release, Sunday Brunch. The duo then kept the high energy going pumping up fans for when Waterparks would take the stage.

As It Is took the stage with a huge welcome from the crowd. Being considerably heavier in sound than Chapel, they truly got fans pumped up and ready for Waterparks.

All throughout the crowd, there were fans screaming along to every word, jumping up and down and even moshing per Walters’ request. The mom standing in the crowd next to me holding all of her daughter’s purchased merch at the show even took pictures and video of her daughter moshing.

Finally, Waterparks Take the Stage with a Rush of Screams

Everyone screamed lyrics of “Plum Island” from the moment they fell from Awsten Knight’s mouth. Even when asked to be louder, the crowd complied and somehow added to the already high decibel level. One girl even said “I can’t” and then still gave it her all, which was louder than before.

The crowd was absolutely wild for every second of their set. From crowd surfers popping up all throughout the crowd, whom Knight pleaded with the crowd to be careful not to drop, to the pink haired girl still jumping along to every song. Every single person in the crowd, including the moms, had a great time.

The first of many great moments of the night came when Knight announced the makers of Toe Tokens were at the show. The band has always worn the tiny plastic feet as necklaces since I remember finding their music. It’s become a part of their signature look, just like Knight’s colored hair.

It just so happens that the headquarters for Toe Tokens is in Jacksonville, Michigan (an hour-ish away from Detroit). After receiving many emails from Waterparks fan’s about their necklaces, the company made the boys each their own unique ones and attended the show.

Before playing “Blonde,” the first single from their upcoming album Entertainment, Knight admitted he just wanted to hold his phone up to the mic and play the entire album for us. However, he didn’t want the first listen of everyone not at the concerts to be from crappy Snapchat and Instagram story videos.

Jokingly (but maybe not) they talked about becoming a hardcore band. Having a mini-jam session, they showed us what “Slaughterparks’s” sound would be.

The opening notes to “Hawaii (Stay Awake)” echoed through the venue over the roar of screaming that came after the first electronic “oh.” Everyone screamed even louder to every word for the entire song. When Knight let the crowd take the song, he stepped back from the mic, pointed, and smiled.

Ending the main set with “Royal” had everyone in the venue contemplating where they are in life while they sang along with “I wish I was royal, but I’m not” matched with even louder screams of “ohs” from the crowd. The track truly brought the crowd together and ended their set on such a high note.

No longer than it took them to walk off stage were fans begging for the encore. “One more song” was chanted by everyone in the venue. It only took a few times before Knight returned to the stage with an acoustic guitar.

Strumming the opening chord to “Powerless” the crowd lost it for a second. Quickly everyone became quiet and began singing along, much quieter than the rest of the set. Everyone was intently listening and belting out alongside Knight, jointly creating this atmosphere where you could hear a pin drop.

The ending of “Powerless” led straight into “21 Questions”. It was the same situation, where everyone sang along. No emotion was off limits, girls were crying, people were hugging their friends. Then Geoff Wigington and Otto Wood walked on stage ready to drop the track into the plugged-in section.

The night ended with “I’m A Natural Blue” where everyone was screaming and dancing along. Every member of the audience gave the track their all because they knew it was the last time of the night that they could be free. Waterparks also seemingly gave it their all, bouncing around the stage one more time.

If you haven’t seen Waterparks, As It Is, Chapel, or Sleep On It live, I highly recommend checking them all out. If you still have time to make it to the Made In America Tour, you have to go check it out. One of the highest energy shows from start to finish that I’ve attended all year.

Check out all of Indie Band Guru’s pictures. 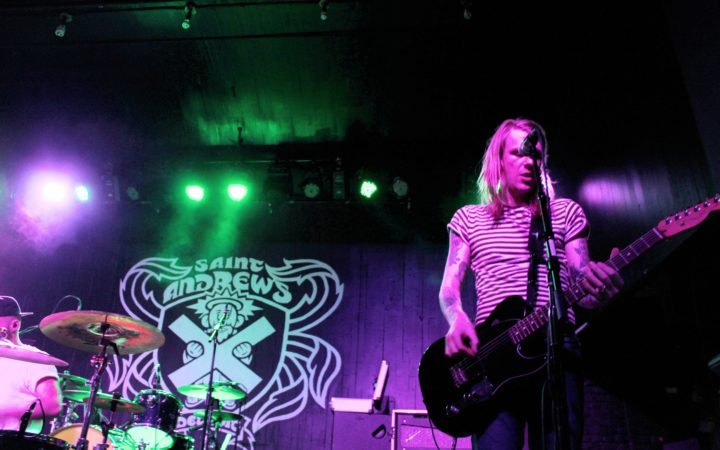 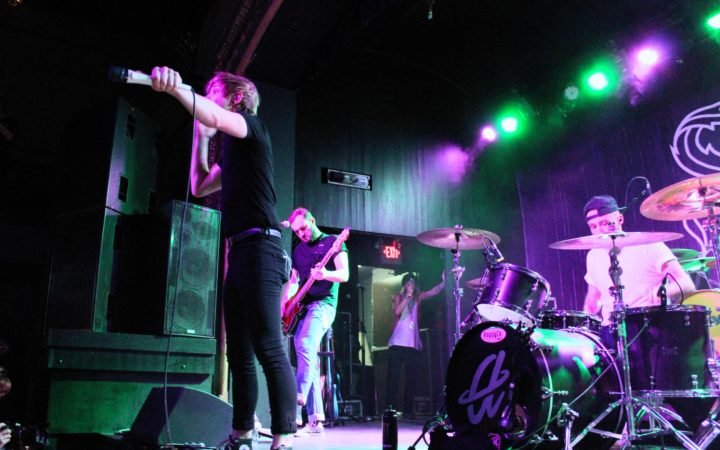 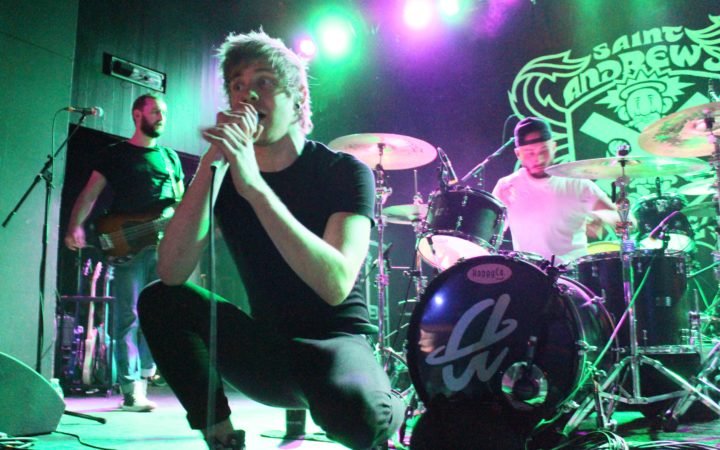 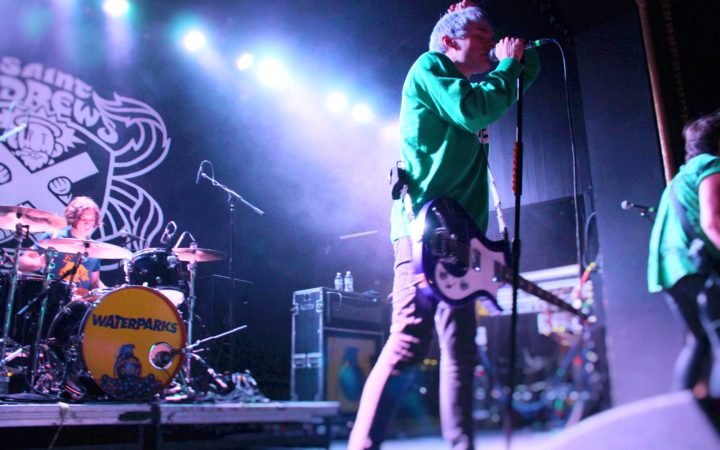 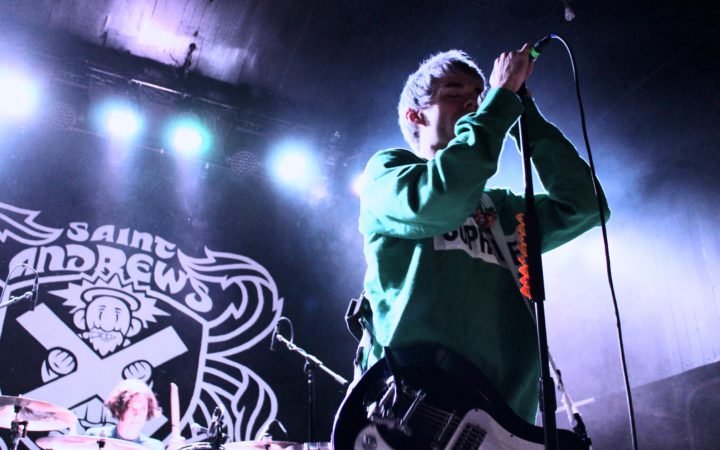 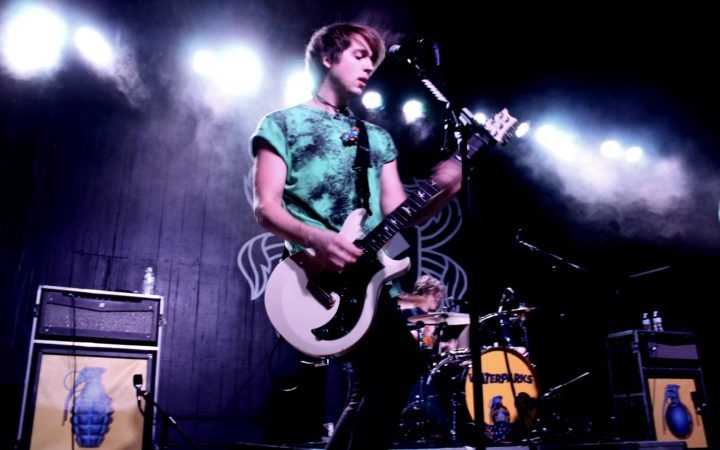 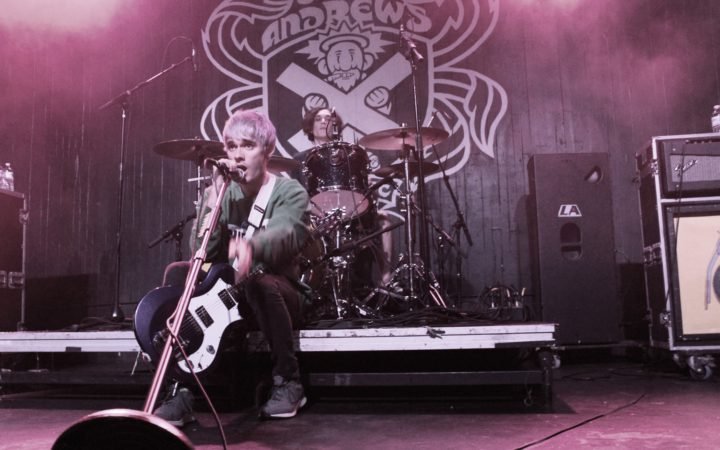 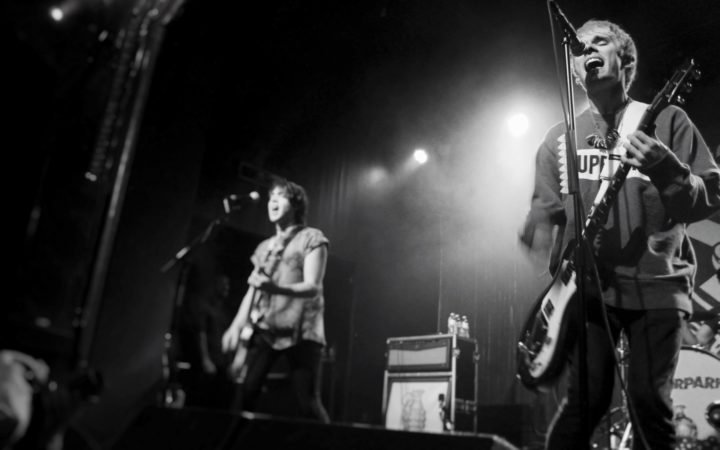 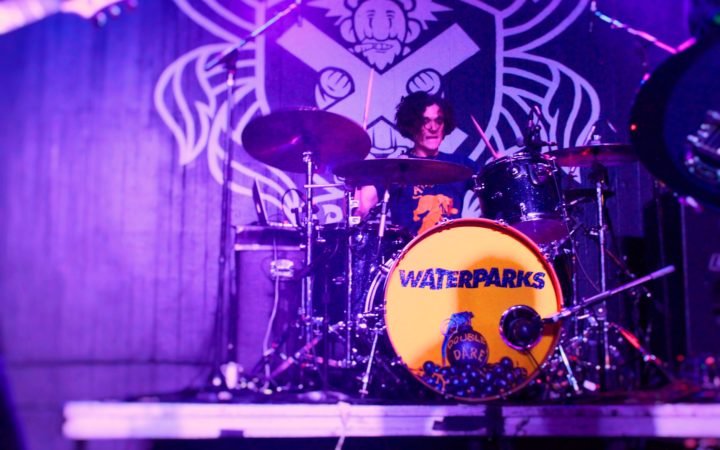 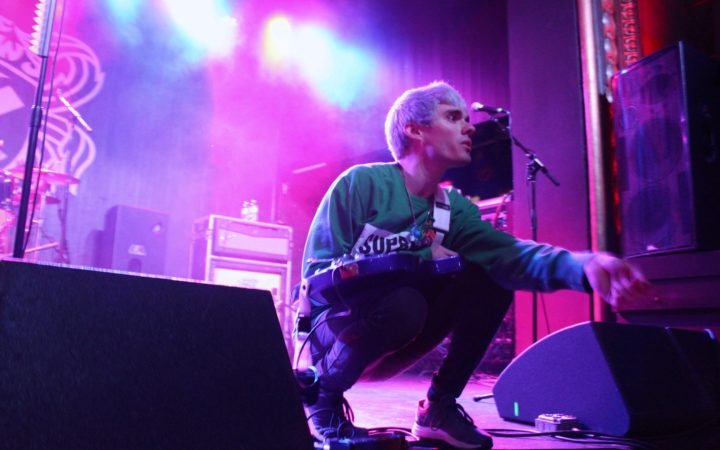 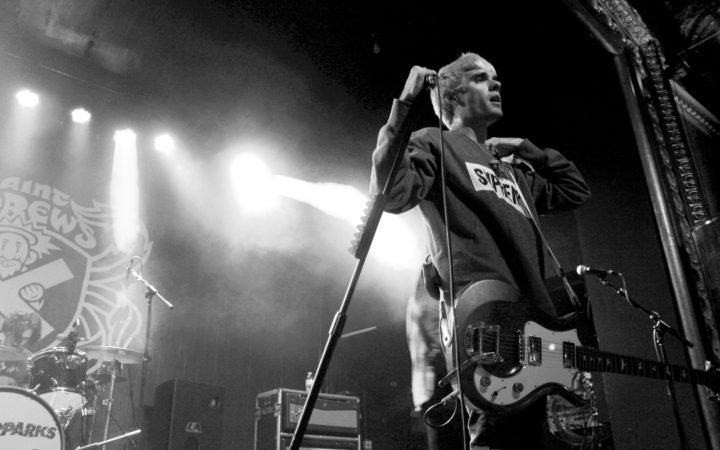 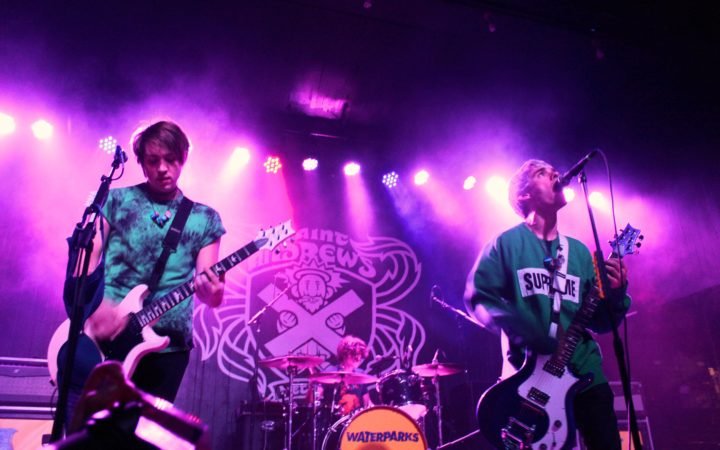 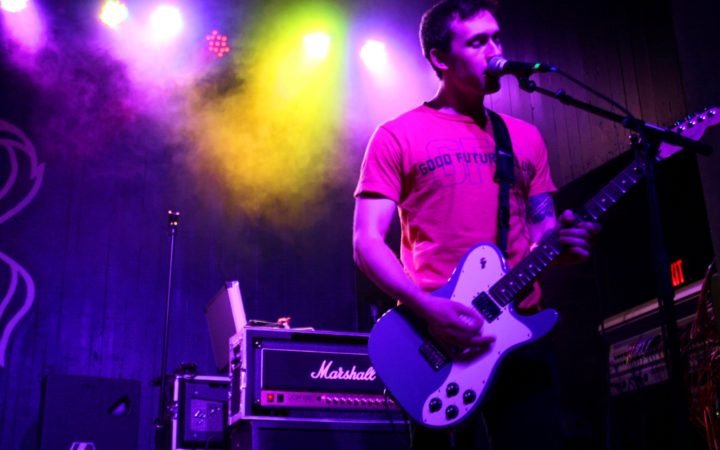 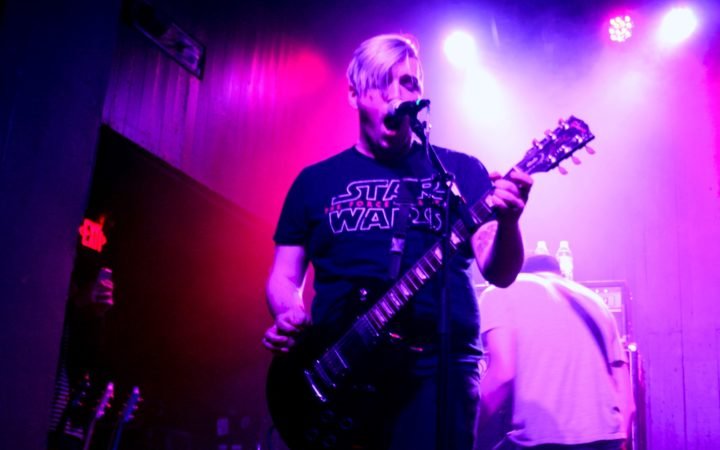 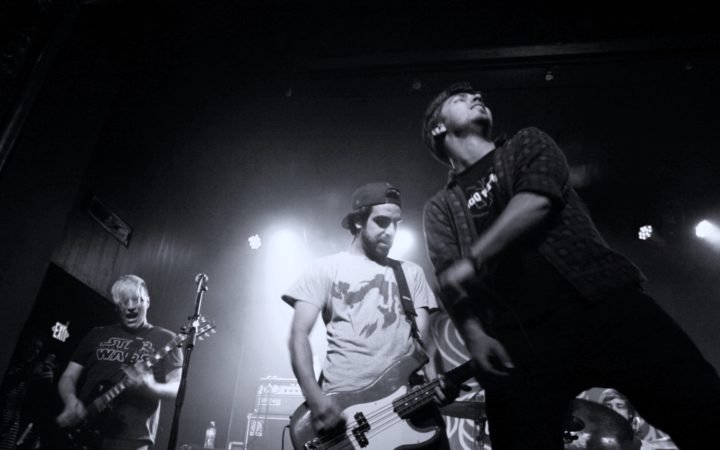 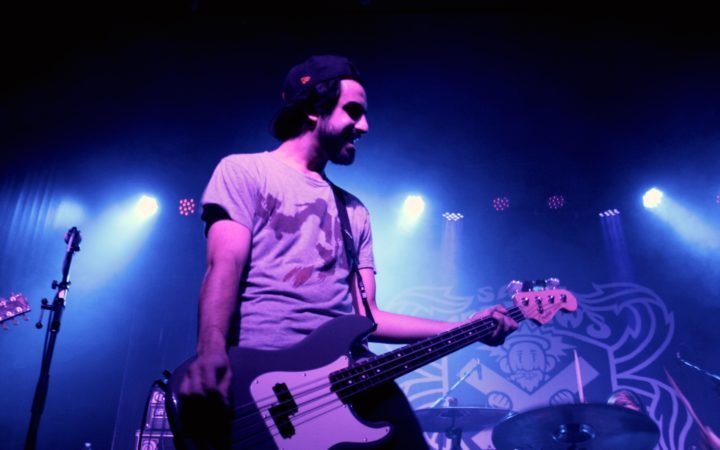 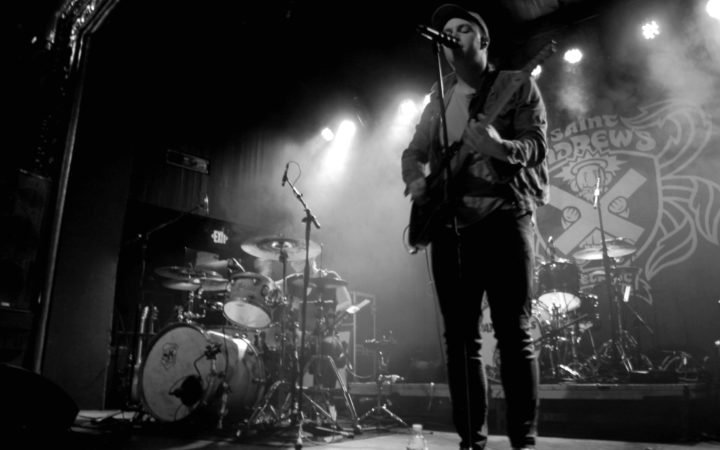 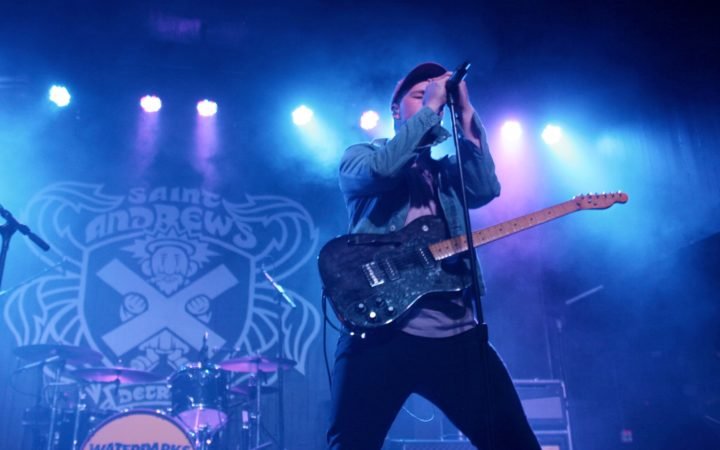 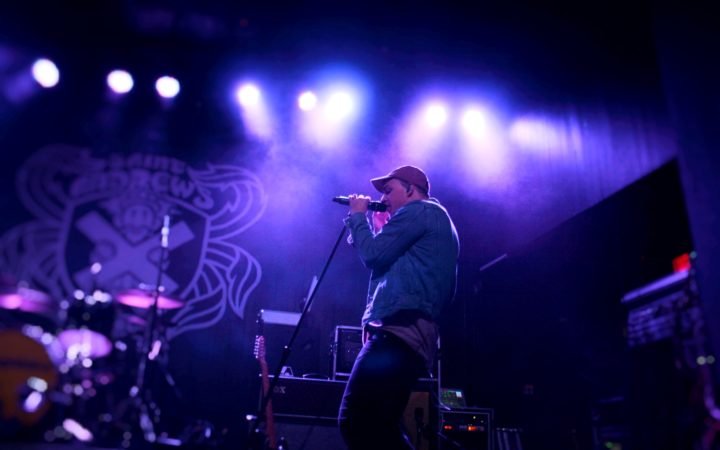 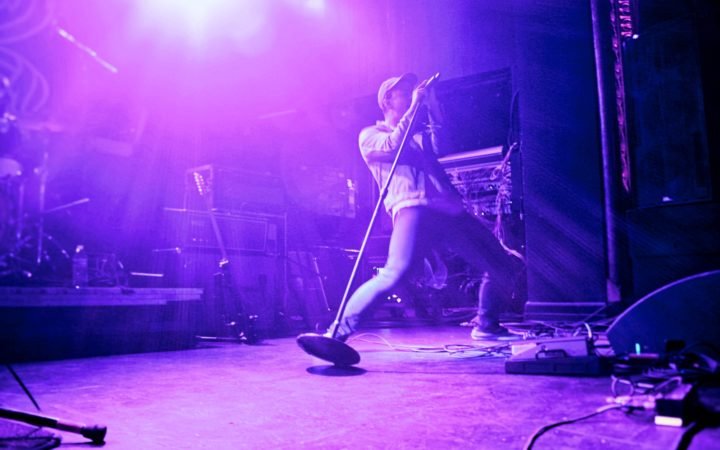